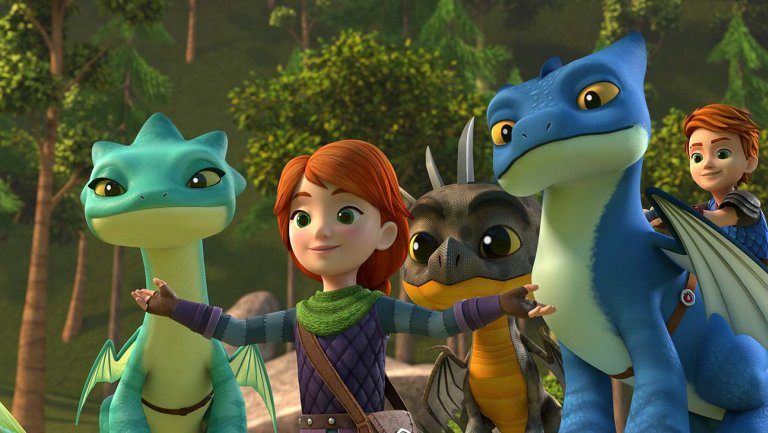 The wait is over. We can finally share Bardel’s work on DreamWorks’s new CG-animated comedy adventure series Dragons Rescue Riders will premiere on Netflix sometime this year.

Bardel’s  Animation, Layout and Storyboard teams worked on the project from both our Vancouver and Kelowna studios. The new show will offer children ages two to six with seven new Netflix Original preschool titles. The series is part of the How to Train Your Dragon franchise, however it focuses on twins Dak and Leyla who were raised by dragons and can communicate with them. Jack Thomas (Dragons: Race to the Edge, The Fairly OddParents) serves as an exec producer alongside Brian Roberts (VeggieTales in the House), who is co-exec producer. TJ Sullivan (Barnyard, Beware the Batman) is attached to direct.

For more information check out the links below!