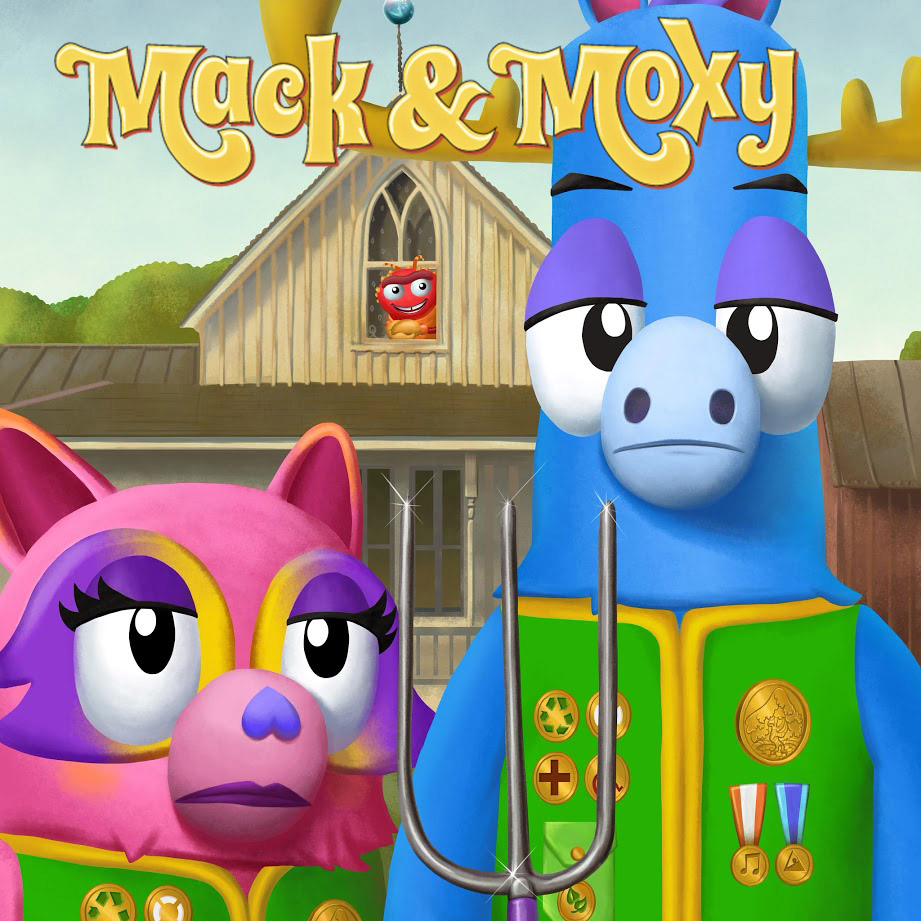 Vancouver, B.C. (March 3rd, 2016) – When US producers Brahm Wenger (17-year veteran of Walt Disney Pictures) and Kellee McQuinn approached Vancouver animation studio, Bardel Entertainment Inc. in January 2015 with their passion project of ten years, Bardel jumped at the opportunity to be a part of a kids’ show designed to inspire the next generation of humanitarians. Mack & Moxy is set to this spring and will arrive on public television stations throughout the nation.

“We are extremely proud of Mack & Moxy,” said Bardel’s CEO, Delna Bhesania. “Kids are the reason we make cartoons, so being able to combine our passion for children’s causes, while also creating animation that pushes the boundaries of art is an incredible feeling.”

Bardel’s Chad Van Der Keere, Director (Animation) of Mack & Moxy designed the main characters of the show, Mack, a loveable, moose-like lummox, and Moxy, a feisty whirlwind of a raccoon/fox-inspired entrepreneur. Chris Browne, Bardel’s Studio CG Supervisor created a way for the design team to quickly implement Chad’s designs into three-dimensional sets more dynamically than on a traditional background. This allowed Bardel to create new environments quickly for every episode in an economic fashion.

“We’re so thrilled to bring Mack & Moxy to life with Bardel Entertainment. Not only is their creativity, talent, passion and expertise evident in every beautiful frame of animation, but they’re also the nicest people I’ve ever worked with,” says Co-Executive Producer Kellee McQuinn. “Mack & Moxy speaks to the hearts of children and the team at Bardel is integral to making this dream a reality. It’s a perfect collaborative partnership.”

For over 25 years, Bardel has been the leading animation services provider in North America due to its stellar reputation built on three core values: quality, creativity and innovation. Led by its founders Barry Ward President and Delna Bhesania CEO, (Nominated for Ernst & Young’s Entrepreneur of the Year 2015) Bardel is recognized as one of the most trusted names in the industry.